25th November: the International Day for the Elimination of Violence against Women

Yesterday was the 25th November and it was the International Day for the Elimination of Violence against Women. 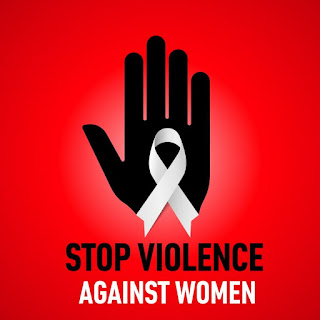 In the past women used to be  considered inferior to men and, although  now their role in society has changed , there are still many differences between men and women. Over the past few years , we have often heard  about rape, abuse and violence against women and how the society does  not always help them . Think of journalists for example: in cases of sexual violence , they sometimes write articles  where they say that the man was wrong but the woman was wrong too, in their opinion she was drunk or they add some other details that change the perspective  of the story and sometimes make the reader think  that the victim is to blame. For example in the recent Genovese case, some newspapers described him as a great entrepreneur with a lot of potential ,who  unfortunately had a weakness  and he said that what had happened  was the fault of drugs and he was a victim too. By saying this the journalists wanted to lighten Genovese's accusations and that’s wrong. This world is wrong because it is man-based and if a woman  doesn’t report a violence it’s because this world doesn’t believe her and considers her  as guilty.

For these reasons the violence against women isn’t just a problem of the victim or the people involved but it affects everyone because it’s everyone's fault if the world is like this. The society must change its way of thinking. I don't think it's fair that I can't walk in the street without the fear of being attacked, it's insane. We can change the society but what we’re doing is not enough. We should also remember  that violence against women doesn’t only take place in the streets or at parties but sometimes also in the family with the femicide,  when for example  a woman in a couple decides to break up or move away from the man and he doesn’t accept it (every three days a woman in Italy is killed by her partner). The problem isn’t only him, it is also the society who educates children with wrong ideals. This is a man-based world who teaches children that the men are superior to women, they teach to boys to play with certain toys (often they are games related to the world of work) and to girls with others (dolls, toy kitchens…) so they think the men have to work and have a career and the women have to look after the children and the house but this is not true, everyone can pursue a  career and everyone can look after the kids. For this reason we must start with the children and teach them the right values. We must change the world  for our lives.