There have always been a lot of different and even conflicting ideas about homosexuality and, more generally, about the whole LGBTQIAP community (which stands for Lesbian, Gay, Bisexual, Transgender, Queer, Intersexual, Asexual and Pansexual) and sadly it is quite common to hear of episodes of discrimination and acts of violence against people who identify themselves in one of the above-mentioned minorities. 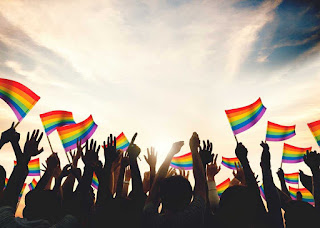 Some months ago, in Hungary, an event which made it grimly  clear that  rights equality is still a long way off  occurred. In this case, it was  about discrimination  against transgender people so, in other words, against people who don’t identify themselves in their biological sex and start a process for gender reassignment. This course usually lasts a decade and ends with the legal recognition of who they really are and so, after lots of years, they are finally allowed to change their name also on their official documents. But in the country led by Viktor Orban, this will never be possible again. In fact, the Hungarian government has always been opposed  to the LGBTQ+ community and the possibility of  officially changing  the birth name was temporarily suspended in 2017. Recently, a law against trans people changing their name has been approved so they will never be able to do it again. One of the most shocking aspects of this sad event is the number of voters who were against /opposed to  the law's approval: only 57 of the total 195 voters were against it. This is surely a big step backwards for Hungarian people, but also for the European Union which hasn’t spoken about it at all, even if this law goes against a lot of different European projects based on ideals of inclusion and freedom. In addition, this law restricts the freedom of transgender people and opposes the Chart of Fundamental Rights which guarantees the right to non-discrimantion and to freedom.

This "Hungarian episode" is unfortunately just one of the many sad news about the LGBTQ+ community: also here in Italy we can still improve a lot to ensure that  LGBTQ+ people can lead  a normal life. In fact, according to a public opinion poll, one young person out of 10 thinks that homosexulity is an illness and one person out of 3 thinks it’s wrong. Around 30% of Italian students don’t want to have a gay classmate and almost 40% of them do’t want to share the room with a homosexual guy during school trips.

Luckily there are also a few countries where equal rights do not seem to be so impossibile to achieve : Costa Rica is going to legalize gay weddings and the German government made the so-called "treatment conversion" illegal (it consists of chemical and elettroshock treatments imposed on homosexual and trans people in order to change their sexuality or their gender identity).

Some weeks ago, the Italian Chamber of Deputies approved the DDL ZAN law which protects LGBTQ+ (and disabled) people in case of homobitransphobic episodes and discrimination . This is a very important event for our country and we can only hope that more and more countries will act in favour of inclusion and equal rights in the future.