We all have heard about serial killers and somehow we’re potentially fascinated by them. But who are they and when does a murderer become a serial killer? As a matter of fact, there’s a big difference between these two figures. Although they’re both wicked and evil, a serial killer is a person who murders three or more people, usually in order to get an abnormal psychological gratification, with the murders taking place over more than a month and including a significant period of time between them. The term “serial killer” was first used in 1974 when an FBI special agent, Robert Ressler, used it in a lecture at the Police Academy in the UK and since then this term has been used on multiple occasions. However over the time this definition has come to include more and more meanings. Only quite recently it has been figured out  that killers have a sick urge to kill because of traumatic experiences starting from a rough situation in their childhood. So their killing spree is often caused by their family environment and trauma, but also by a sort of predisposition to violence they were born with. 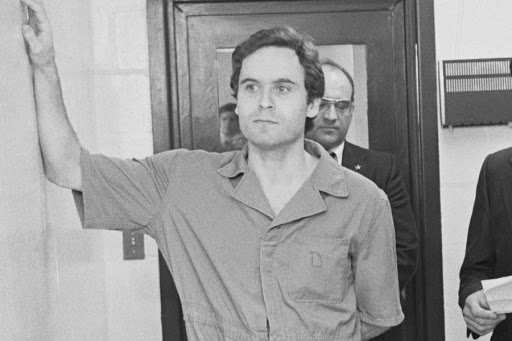 Over the past decades, a lot of serial killers have been portrayed by writers and film directors as people who seem evil just by looking at them. Is this always true? In the majority of cases, it isn’t. In fact, most of them look fascinating, elegant, charming, brilliant and well-dressed and they seem to be everything except murderers. Because of their appearance above suspicion in the 1970s and 1980s (during which there were lots of killers on the loose in the US) the police had a hard time catching them. The main reason was the lacking cooperation between police stations and the fact that serial killing was a new and unknown phenomenon. Also, different serial killers have used their charm to attract victims. Richard Ramirez, Jeffrey Dahmer, Paul John Knowles and hundreds of other offenders were all good-looking and apparently innocent people and, in our opinion, this makes these cases -that received great media attention- even more interesting. Several serial killers have affirmed that following the police investigation in the media and receiving attention motivates them to kill again because it gives them pleasure, especially if they have NPD (Narcissistic Personality Disorder) and love being in the spotlight. And Theodore Robert Bundy, better known as Ted Bundy (in the photo), is the perfect example of all this. He was one of the most prolific serial killers in the US and kidnapped and killed, performing acts of necrophilia, more than 30 young women between 1974 and 1978 in 6 different states. He had had some traumatic experiences during his childhood since he often moved from city to city and never had the possibility to build some strong friendships. At the age of 23, he found out he was an illegitimate child (and this caused him an intense discomfort) and after his girlfriend broke up with him, his killing spree began. In 1989, some days before dying on the electric chair, he confessed of being guilty of 30 murders even if he had always previously claimed his innocence . In addition to NPD, Bundy also had Sexual Psychopathy and Antisocial Personality Disorder, just like another well-known serial killer, Jeffrey Dahmer. He was born in 1960, in Wisconsin, and during his childhood he was deprived of any attention after his mother attempted suicide. She was also known to be tense, greedy and argumentative with her husband and their neighbours. Dahmer’s parents got divorced when he was still young and this probably had a traumatic impact on him. From an early age, Dahmer manifested an interest in dead animals, in fact he initially collected large insects, such as dragonflies and butterflies, in jars. He had always had the desire to control and dominate his partners. From 1978 to 1991, he killed 17 young boys and performed acts of cannibalism and necrophilia. Then he got arrested and was killed by another prisoner in 1994.

To sum it up, serial killing is a dark part of modern history and it can’t be ignored. As Francesco Bruno, an italian criminologist, said: "There is great curiosity towards serial killers because, in front of them, we have the feeling that the pure manifestation of evil appears, without any kind of justification. In addition, the innocence of the victim, usually weak and harmless, solicits this curiosity. In that same innocence, we all identify ourselves."