We all hated 2020, it was certainly a terrible year and Time Magazine just declared it as the worst year in history, but experts do not think this way. Let’s take a look at some other candidates which vie for this doomed title. 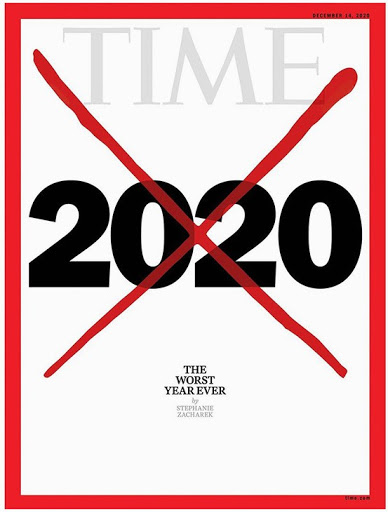 According to Michael McCromick, an American medieval historian and professor at Harvard University, 536 AD was “the beginning of one of the worst periods to be alive”. Not by chance that time is known as the ‘’Dark Ages’’. This phrase  is due to the thick fog that enveloped Europe, Middle East and Asia for over 18 months. The cause of this apparently endless darkness was probably a volcanic eruption in Iceland which spread ash across the Northern Hemisphere. Needless to say, the consequences were devastating: the summer temperatures were so low that cultivating fields was impossible and millions of people died. The following decade was marked by hardships, suffering and poverty even because two volcanic eruptions in the 540s made it one of coldest periods of the whole history. This situation also created the ideal conditions for the ‘’Justinian’’ bubonic plague, so it started spreading in Europe and led to approximately 50 million deaths, or rather 55% of the population.

Another good candidate for the unfortunate title is actually a 3-year period: 1347, 1348 and 1349. As a matter of fact, the  bubonic plague called “Black Death”  was at its peak during this time and experts say it killed around 30-60% of Europe’s population. That’s why it’s sadly known as the deadliest pandemic in human history and one of the greatest catastrophes.

Lots of people thought the plague was a divine punishment for heretics so Jews were mass murdered because they were wrongly believed to be the cause of the pandemic.

Just like 536 AD, 1816 is seen as one of the coldest years and it is still known as the ‘’year without a summer’’. The average temperatures were around 1°C. The cause was a volcanic eruption in Indonesia, which is believed by experts to be the most powerful one in history. Over 11,000 people were killed by the explosion and many others died in the following year due to its aftermath.

The last century was certainly one of the most catastrophic in history as it counts two world wars and three pandemics. 1918 and 1943 are both great candidates indeed.

1918 started in the grips of one of the bloodiest conflicts and ended in the clutches of one of the deadliest pandemic the world had ever seen. Actually misery during war and poor sanitary conditions were probably the most significant factors which brought about an epidemic even if the real origin of the Spanish flu is still unknown. This disease cost  50 millions of people their lives and more than 500 millions got infected. Luckily, the pandemic ran its course three years later and nowadays it is considered to be fully eradicated.

Each and every year during WW2 was absolutely devastating, but historians affirm that 1943 is probably the worst one. In that time some of the bloodiest battles took place as well as the climax of the Nazi’s genocide of the Jews. By the end of April, over 1.3 million Jews had been deported and killed in German death camps. Also, in 1943, 3 million died in British India due to famine and misery.

So as you can read, 2020 is just another horrible year and it will not be forgotten soon, but remember mankind has already been through difficult times and I am sure we will manage to overcome even this pandemic.