How likely was it that a girl from a normal school could win the most important medal in the world of Maths? Mathematicians say there as a very small chance but it happened. This is the case with Maryam Mirzakhani. 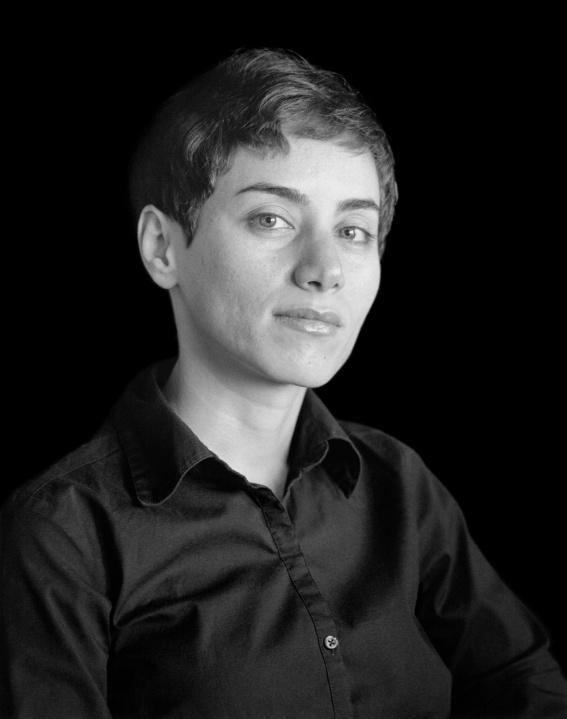 Maryam was born on may 12, 1977 in Tehran, the capital of Iran. She is an Iranian mathematician who became (2014) the first woman and the first Iranian to be awarded a Fields Medal. The citation for her award recognized “her outstanding contributions to the dynamics and Riemann surfaces and their moduli spaces.”

As a child, she attended Tehran Farzanegan School , part of the National Organization for Development of Exceptional Talents (NODET). In her junior and senior year of high school, she won the gold medal for mathematics in the Iranian National Olympiad, thus allowing her to bypass the national college entrance exams In 1994, Mirzakhani achieved the gold medal level in the International Mathematical Olympiad in Hong Kong, scoring 41 out of 42 points. She was the first female Iranian student to do so. The following year, in 1995, she became the first Iranian student to achieve a perfect score and to win two gold medals in the International Mathematical Olympiad held in Toronto. Later in her life, she collaborated with friend, colleague, and Olympiad silver medalist, Roya Beheshti Zavareh, on their book Elementary Number Theory, Challenging Problems which was published in 1999. Mirzakhani and Zavareh together were the first women to compete in the Iranian National Mathematical Olympiad and won gold and silver medals respectively in 1995. In 1999, she obtained a Bachelor of Science in mathematics from the Sharif University of Technology. During her time there, she received recognition from the American Mathematical Society for her work in developing a simple proof for a theorem of Schur. She then went to the United States for graduate work, earning a Ph.D in 2004 from Harward University, for her dissertation Simple Geodesics on Hyperbolic Surfaces and Volume of the Moduli Space of Curves, where she worked under the supervision of the Fields Medalist  Curtis T. McMullen . At Harvard she is said to have been "distinguished by ... determination and relentless questioning".

Mirzakhani was awarded the Fields Medal in 2014 for "her outstanding contributions to the dynamics and geometry of Riemann surfaces and their moduli spaces” The award was assigned in Seoul at the International Congress of Mathematicians on 13 August.

Mirzakhani was diagnosed with breast cancer in 2013, and she died on 14 July 2017 at the age of 40 at Stanford Hospital in Stanford, California.

Upon her death, several Iranian newspapers, along with Iranian President Hassan Rouhani, broke taboo and published photographs of Mirzakhani with her hair uncovered, a gesture that was widely noted in the press and on social media. Mirzakhani's death has also renewed debates within Iran regarding matrilineal citizenship for children of mixed-nationality parentage.

Numerous obituaries and tributes were published in the days following Maryam Mirzakhani's death; as a result of advocacy carried out by the Women's Committee within the Iranian Mathematical Society, the International Council for Science has agreed to declare Maryam Mirzakhani's birthday, 12 May, as International Women in Mathematics Day in respect of her memory. Various establishments have also taken after Mirzakhani's namesake in honor of her life and achievements. In 2016, Maryam Mirzakhani was made a member of the National Academy of Science, making her the first Iranian woman to be officially accepted as a member of the academy. On 2 February 2018, Satellogic, which is a high-resolution Earth observation imaging and analytics company, launched a Ñusat type micro-satellite named in honor of Maryam Mirzakhani.